The British Columbia Society of Male Sexual Survivor’s Association (BCSMSSA) recently hosted a fundraiser at a small theatre venue in the city. I received a phone call from the organizer who was an old friend from film and theatre productions we have worked on together. He asked me to speak about abuse at the event, and I agreed. I had no idea where to begin preparing a speech. To confess, when I sit down to write a new blog entry I simply do it and post it. I write about issues I am feeling at the moment. As for a speech about abuse, where was I to begin?

The evening was filled with musicians. Fantastic musicians. Smack dab in the middle of the program was my slot. They had allotted fifteen minutes for me to simply speak about abuse. Honestly, I didn’t think too much about it. When I tried to think of what to say I became overwhelmed. I decided the best course of action was to simply “be” when it was my turn. I was going to simply speak from my heart. 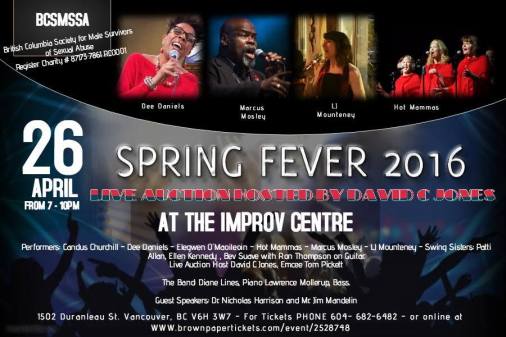 Finally the night of the event came. I wore my newest Star Wars shoes – Skechers with the original 1977 A New Hope print on the tops:

They helped me feel grounded. I also printed off a picture of myself when I was in kindergarten – when it all began. Finally, I brought along my long time companion, Artoo and placed him inside my blazer pocket. That particular droid has been with me since I first acquired him decades ago. He is my touchstone, my device I use when I need to feel grounded.

Speaking from the heart is not an easy thing to do. This was the first time I was going to speak my truth to a theatre full of strangers – and I was not sure how I was going to be received. Imagine going to an event to hear top musicians play and in the middle of a great time a giant of a man comes out and says “Everybody having a great time? Fantastic, now let me talk to you about child abuse”. It really is a formula for losing a crowd. But I had agreed to do it, and I was going to do it.

When the host introduced me to the stage I felt my heartbeat in my throat. It was too late to turn back. I walked on the stage and took my place in the lights at center stage. Lights were in my eyes and that prevented me from seeing the people in the house. Only the people directly in front of the stage I was able to see. I adjusted the microphone and took a breath. I was introduced as Dr. Nicholas Harrison, and I began with jumping on that introduction. I cannot recollect exactly what I said, but I am going to attempt to paraphrase it now:

Thank you for that introduction. Yes, I am a doctor and I am an expert on child sexual abuse. I am going to speak to you tonight on that very topic. However, I want to make it clear to all of you here tonight that I am an expert not because I am a doctor, but because I have lived with this for most of my life. You see I am a survivor of sexual abuse. I want to show you this picture of me. It is not this giant you see here who was abused, it was this former version of me – this five year old dependant upon the trust and protection of adults who was abused – this mini me.

I attended a Catholic school in the north and I endured five years of abuse – physical, sexual, emotional, and mental abuse, at the hands of the priests and teachers I was supposed to respect and to listen to. And I want to make it clear that though I was abused for a number of years – beaten and raped, whipped and violated – it doesn’t make my story any worse or less significant than anyone who is here tonight who may also have been a victim of abuse. I want to tell you right now, that even if you were only touched once inappropriately, or more, or if you raped, fondled, coerced, or beaten one or more times, it is just as wrong than if it continued for a time. You see, no matter what you have endured, what victims have endured, even once is too much. There is no excuse for abusing a child or anyone. It doesn’t matter if you are gay, straight, transgendered, or male or female, none of that matters – abuse affects us all the same. And it doesn’t matter if you were abused by a priest, teacher, coach, or whoever it was – the lifelong effects of abuse are the same. Shame. As survivors we feel shame, fear, hate. The dark side. I was scared when I was being abused. And when I tell people that I was abused sometimes they say, “Why didn’t you say anything?” and I tell them “because I was being groomed.” Let me explain. It began with my abusers earning my trust – making me feel special, unique. I was given candy at first, then it was given to me in different locations, then in secret discreet places, then the candy was in their pockets, and so it escalated. The first time I was raped it was terrifying – why me? And then I was told if I ever told anyone God would kill my family. Now I know that sounds outrageous. But remember, this was told to a five and six year old child – not an adult. Suddenly I had a burden to keep this to myself – at such a young age I was responsible for my family and whether they lived or died. And so I kept it to myself and hated my school.

How did I manage to escape this? A teacher at the school who was not a priest had whipped me, and she used the end of an electric kettle. The prong was large and made of bakelite. I was whipped because I was the last one in class – she would whip the last person in the line with her kettle chord. It was the spring and one weekend it was warm and my mother asked me to put on short clothes – I was wearing long sleeved shirts and long pants. I refused at first but she insisted. I then realized that the teacher who whipped me was not a priest and so if I told on her then I would not be killed or have my family destroyed. My mother saw the dozen or so welts on my body and I was immediately removed from that school. But it wouldn’t be until I was an adult in my twenties before I would reveal to my parents the full extent of the abuse and rape I had endured.

It took years of therapy for me to let go of the shame I carried. It’s a life long event too. It’s funny, because I am a fight director as many of you know and now you know why I am a martial artist. When I was old enough I wanted to surround myself with weapons and abilities to ensure I would never be abused again. I am who I am because I had support and love from my family to help me heal, to become a Jedi.

That’s why organizations such as this are important. Therapy is important – and knowing that there are people that you can safely speak to is so so important. It may take a community to raise a child, but it is important for us as a community to listen to those who have been abused, to hear the stories of abuse and to allow victims to become survivors. In sharing our stories of abuse, and listening to those who have been abused we are all Jedi – we become stronger. And there is no shame in being a survivor. In order to let go of the shame we need help – and groups like this are so important for us to do so.

You came here tonight to support this organization and I am here tonight to speak about abuse. If it wasn’t for the support and help I received from my therapy and family I shudder to think where my life would be now. I am a Jedi. I know many of you here tonight are also Jedi – for the safety and support you have for each other makes us all strong.

If you know me, you will know I am always wearing something to do with Star Wars – that movie was the first thing I gravitated to after my abuse. I loved the message of hope. If you look at my shoes, you will see that I am wearing Star Wars shoes. These are from the first movie – A New Hope. For that movie was my first hope towards getting my strength so speak out. And if you ever get an email from me you will notice I have a Latin phrase on the signature line – it reads “MAXIMA DEBETEUR PUERO REVERENTIA” it means “WE OWE THE GREATEST RESPECT TO THE CHILD”. That is my motto. I believe in that as much as I believe I am a Jedi. And I always carry my first Star Wars toy – my Mom bought this for me soon after I was out of that school. He’s been with me for many adventures – my Artoo. Please tonight, if you have been abused, no matter who you are, start telling your story. You have the power inside to do so – and you can always contact me. I will support you and listen. As a community it is time for us to listen and to be heard. We are all Jedi and the Force is strong with us.

I think that is mostly what I said. I saw the people in front of me stand up and applaud and Laura – the sound woman extraordinaire – played the Star Wars theme. I returned to the audience and after the show several people approached me and thanked me for being there. I was told I was brave, and I was an inspiration. I went to my car and cried as I drove home. I know I affected some people that night. I felt surprisingly good that I shared what I did. I am thankful to the organizers of the fundraiser to have me there that night.

Finally, after so many years of working towards my own healing, I really feel as if I am graduating from padawan to Jedi. As I drove home I could feel the Force within me.